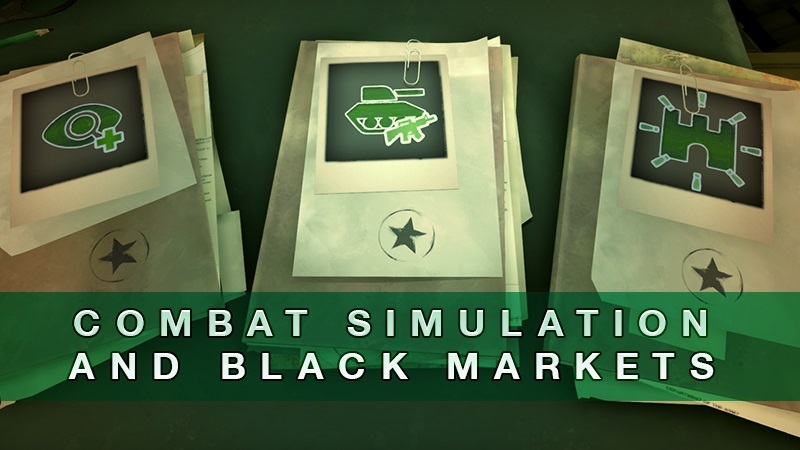 We're back with another update for Rebel Inc:Escalation, new tactics and map features, fixes and improvements. Let's dive in!

New Tactics and Map Features
In the first of many updates, we're adding more tactics and map features to Campaign. These can now appear in your campaigns:

New Map Features
Black Market
Regions can make use of the remains of destroyed Insurgent Camps, gaining funds for your operation.

Charity Watchdog
Regions can have an established history of working with charities. This watchdog ensures a significant reduction in the amount of corruption caused by charitable activities.

Thanks to Nick Mance for suggesting the concept.

Armed Supporters
People are pleased that their zone is stabilised and they want to keep it that way, banding together to keep the insurgents out, by force if necessary.

Thanks to FriendlyFriendly for suggesting the concept.

New Tactics
Expectation Management
You've made promises to the international community and they trust your judgement, even when things are unstable, you won't lose reputation.

Combat Simulation
Feel like you could have done better if you just had one more go? Now you can! Get one chance to retry a map.

Combat Recruitment
The Insurgents have gotten more confident and if your troops flee, the insurgents gain new recruits and become stronger. Reconsider that retreat!

We have a lot more cool stuff planned here - watch this space!
If you have any ideas for features or tactics - let us know in this form and if your concept is used, we'll credit you in the update!

Thanks again for your support and feedback on Campaign mode! We'll be bringing out more cool updates soon!