I've been getting a lot of people asking how things are going with the Xbox One version of Plague Inc: Evolved. It's taken a bit longer than I would like but the good news is that we are nearly there now and the game should be releasing in the next few months (will provide a solid release date as soon as I can!) 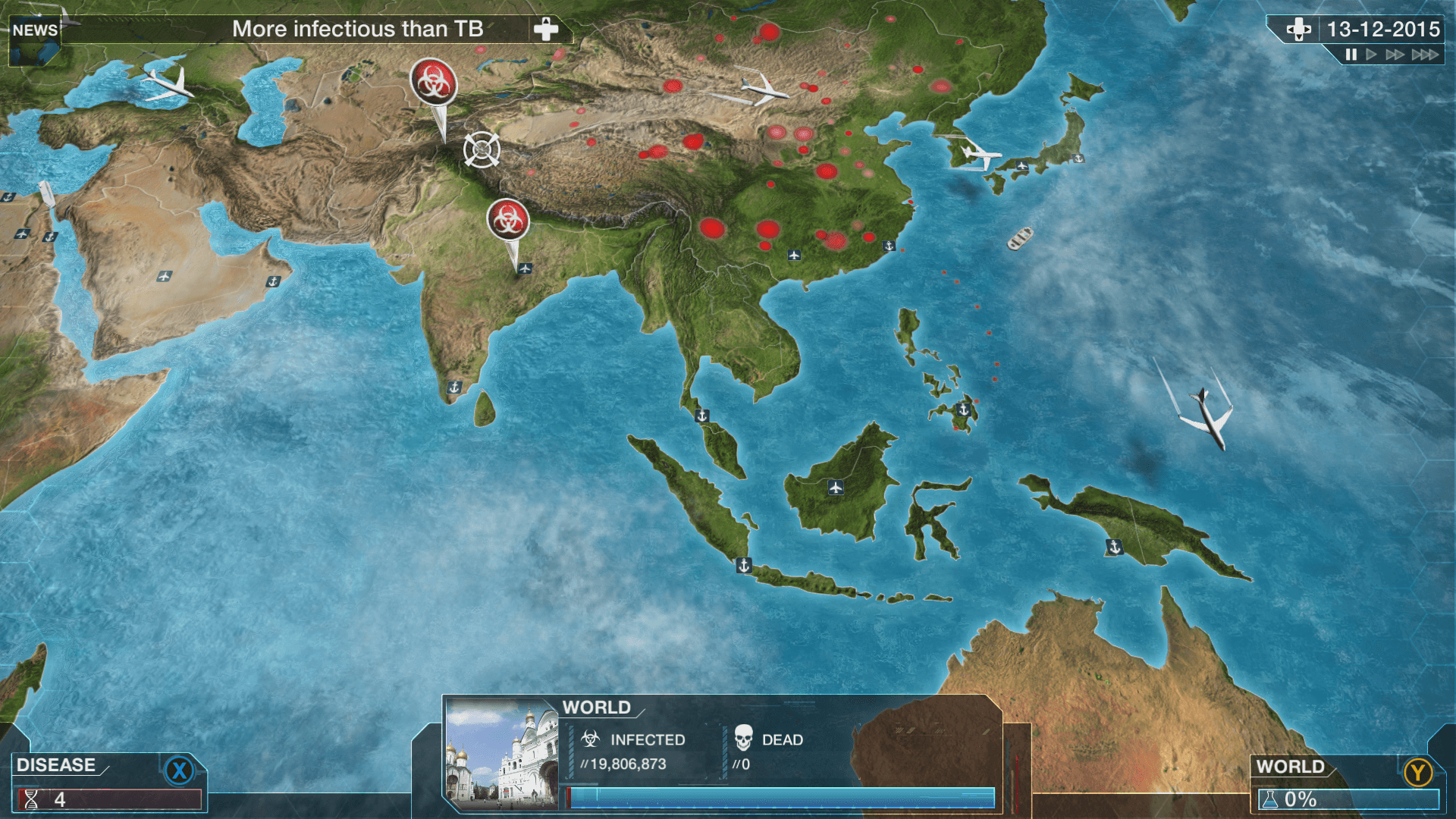 One of the key challenges we have faced was developing a  control scheme that really works for Plague Inc. on console. All too often, strategy games, which are traditionally designed with a mouse-and-keyboard control scheme in mind, struggle to transition over to console effectively / feel awful to play. I wanted to make sure that Plague Inc: Evolved feels like a true console game as well as giving the player effortless control over their plague as it infects the world. We redesigned the controls from scratch and the result is a strategic game that actually feels natural and satisfying to control. (sending zombie hordes to attack other countries is a particular joy! :P)

You can see a few shots of the game here - can't wait to share more!