This update brings a major new gameplay system to Plague Inc. in the form of Scenarios. Players must develop new strategies and approaches for 15 distinct scenarios covering a world economy destroyed by a US debt default – all the way through to the resurgence of the medieval Black Death!

Scenarios significantly increase the amount of content for players – giving them new challenges and experiences which will test their skills to the limit.
There are two main types of scenario: 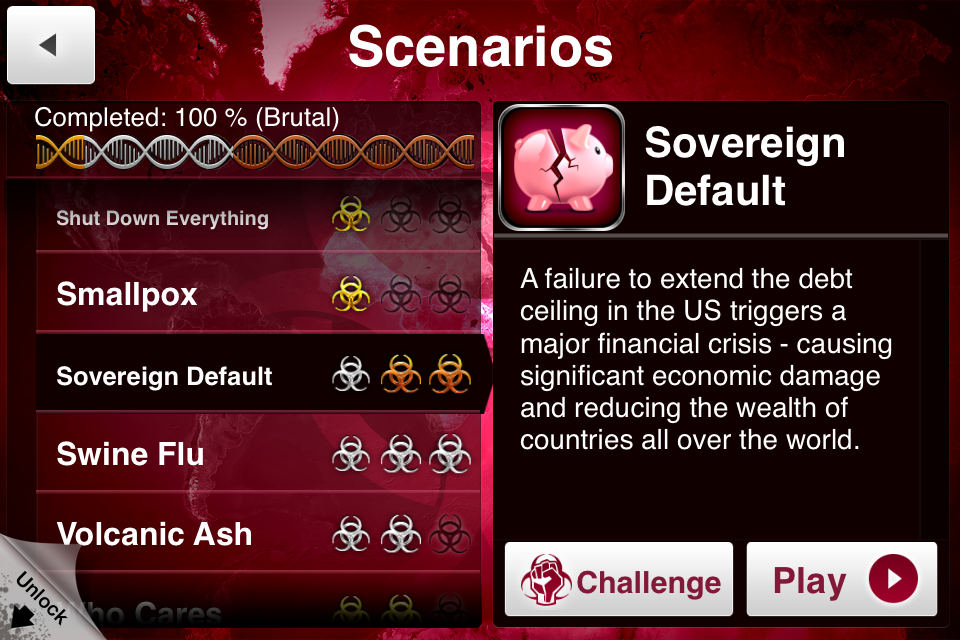