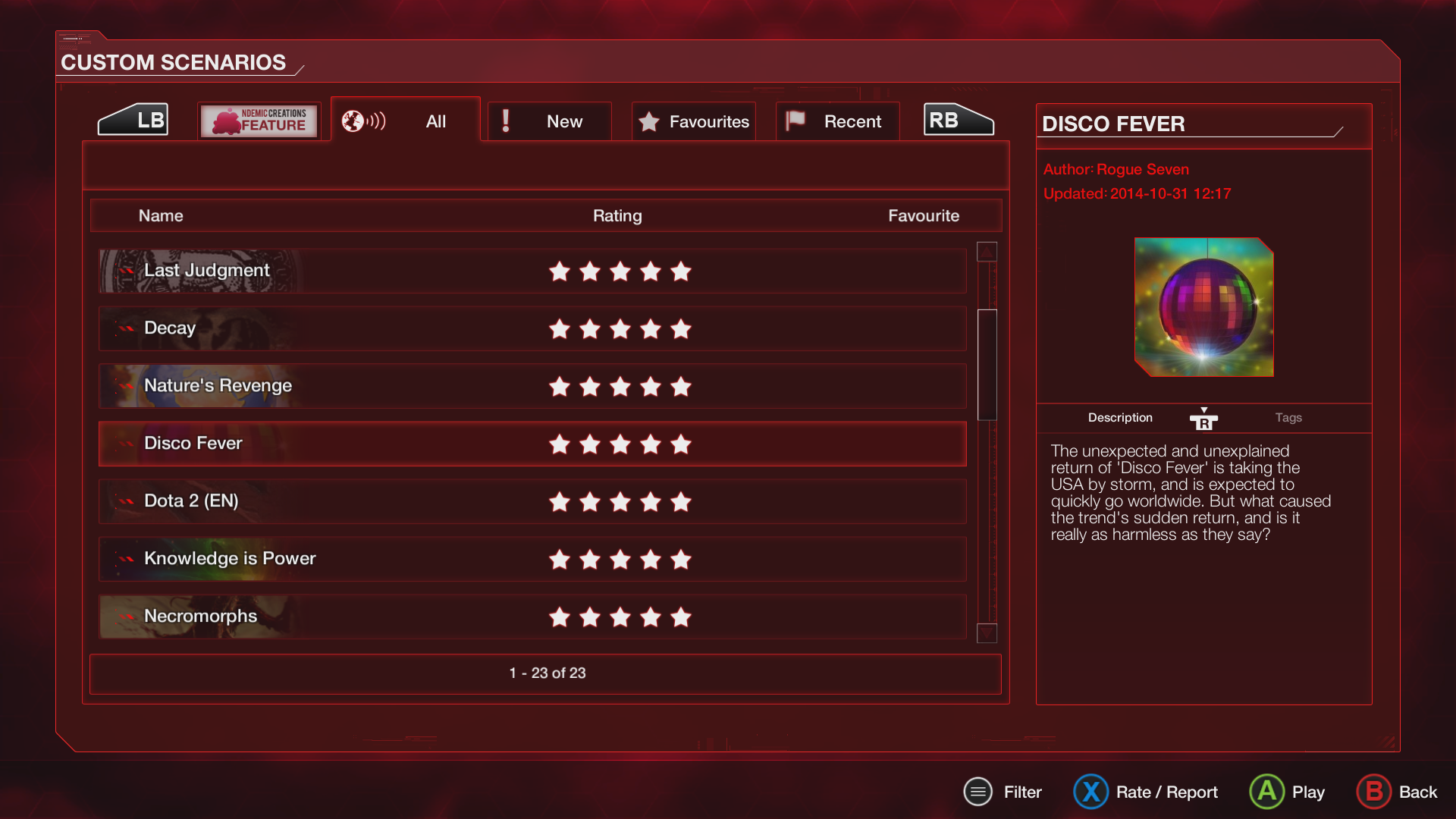 Custom Scenarios are out now for Plague Inc: Evolved on Xbox One!