Plague Inc: Evolved for Xbox One will be playable at Gamescom!

We're very excited to announce that Plague Inc: Evolved for Xbox One will be playable at this year's Gamescom in Cologne, at the Xbox Booth in Hall 6!

We recently gave an update on how development for the Xbox One version of Plague Inc: Evolved was going. We're entering the very final stages of development so it's great opportunity to give people a taste of the game as we make the final tweaks before release!

It's a huge honour to have the chance to show the game off at such a big show - Gamescom is the world's largest video gaming event with last year's receiving over 335,000 visitors, over 6,000 journalists and 700 exhibitors! Gamescom kicks off to the public this coming Wednesday and runs until Sunday. The game will be fully playable on the expo floor for the duration of the show - make sure you don't name your disease anything too rude :P

Keep an eye on our Twitter and Facebook pages for more announcements on release dates soon, and check out the Gamescom site for more information on the event. Can't wait to hopefully see some of you there! 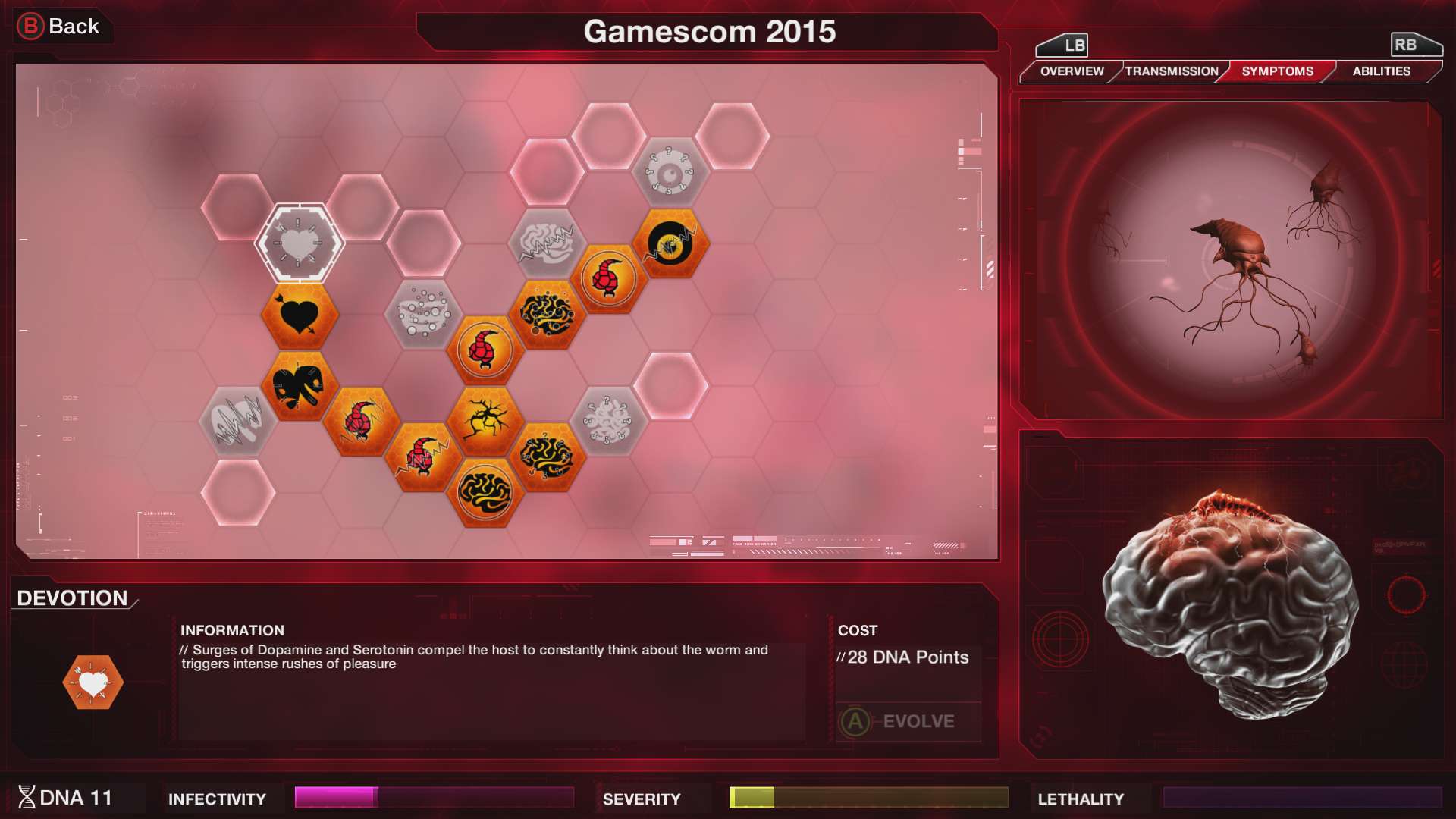