The Campaign Update for Rebel Inc: Escalation is out now! 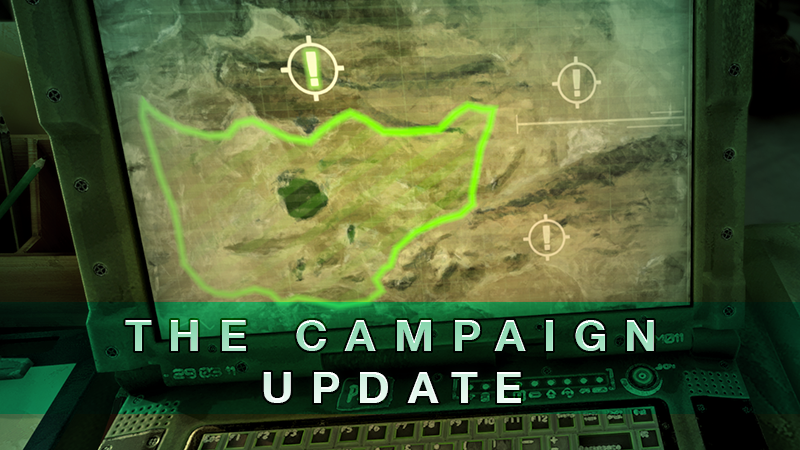 Get ready to conduct large-scale operations across multiple regions to bring peace to an entire country. Develop unique tactics and manage resources in a persistent world with all new map features and overcome radically different strategic challenges.

Embark on a grand campaign: Deploy your operation across five regions with unique and procedurally generated characteristics. Hyperinflation, a vulnerable foreign embassy, huge numbers of national soldiers or even an urban warzone - the combinations are endless.

Face an ever adapting Insurgency: As the campaign goes on, the Insurgents will learn devastating new tactics to challenge you. Sleeper cells, ambushes or even swimming lessons (!) will radically change how they fight.

Develop powerful new tactics: Each region that you stabilise dramatically expands your abilities and resources. Sniper support, advance development experts, indestructible garrisons, or even removing all corruption in the region open up all kinds of strategic opportunities.

Stay alert and change your strategy: Choose wisely and plan ahead.

New wildcard features mean governors and advisors get exhausted, caves can be found in any region and even Azure Dam without the dam! You'll need to think on your feet.

Experience a persistent narrative: Engage with new dynamic events and difficult multi-region decisions which have lasting consequences throughout the campaign. Coups, outbreaks, economic downturn and even popular television shows are disasters waiting to happen in these system driven events.

This is just the beginning of our campaign mode, we have lots of exciting additions coming!

Full change log is available on the Steam forum.

Note - the campaign mode is only available in English currently. We are working hard on localising it into other languages and will update the game with them soon.

We are really excited to see you all playing this - let us know how you get on in the forums or on discord :)